The evolution of straws


As the Environmental Protection Agency announced that next year's fast food chains and hypermarkets will stop actively supplying plastic straws, a wave of "new straws movement" has also emerged in Taiwan. This handy thing that everyone is accustomed to has existed for 7000 years. Sumerians and Northern Wei people used straws, and the popularity of straws is closely related to the popularity of refrigerators.

The emergence of straws can be traced back to 7,000 years ago. The murals of Sumerian tombs show that nobles at that time would drink beer with long objects. Later, in the ancient tomb, a sipper made of metal and gems was discovered. Historians believe that this was the first straw to appear.

There were also straws in ancient China. During the Northern Wei Dynasty from 300 to 500 AD, a kind of "furnace wine" made by the ancients from plant stems for sipping is recorded.

It wasn't until the 16th century that straws were used only for drinking. The main reason was the rise of drinking mate tea in South America. This kind of tea has many leaf fragments and branches. The locals used silver, copper and other materials to make a tube, and then added a filter at the end to filter out the residue, called "Bombilla", this name is still in use today. 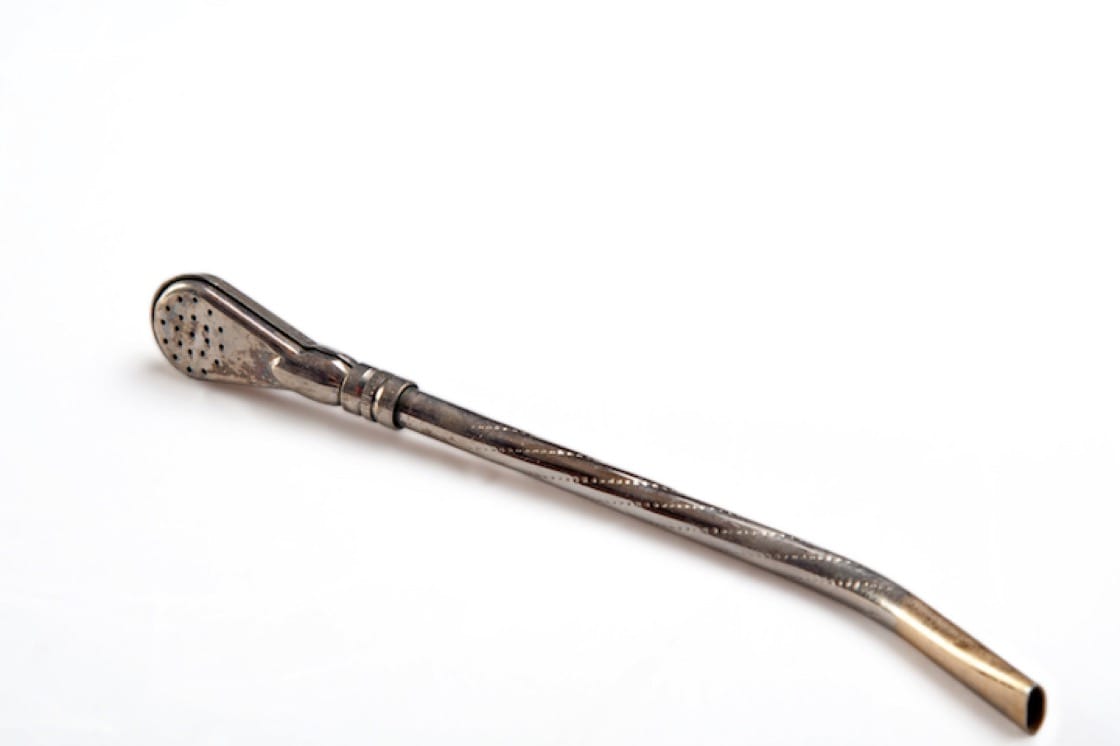 As for the modern mass-produced straws, they emerged in the 1800s and have undergone several evolutions in the middle.

The first to appear is the Rye Straw. Workers bleach and cut the rye, leaving thicker joints, and then wash and bundle them into straws for sale. However, rye straws are fragile and produce dross, which affects the taste and texture of the drink. It was not long before they were replaced by paper straws invented by American Marvin Stone.

Shi Dong came from an industrial family and specialized in manufacturing cylindrical products such as cigarettes and pen holders. Because of his unpleasant experience using a rye straw, he wrapped the pencil with paper, fixed it with glue, and then pulled out the pencil to make a paper straw. Later, he even registered copyright for this invention, mass-produced it, and became popular in the United States. During the peak period, more than 2 million sticks were produced every day.


It was not until the rise of plastic straws in the 1960s that paper straws were slowly eliminated. The plastic straw will not affect the taste of the beverage, and there will be no problem of dissolving paper scraps in the beverage. It can be produced in large quantities, and the production cost is low. Throw it away after use, making the straw a popular commodity.

The popularity of plastic straws is also the result of changes in human eating habits. With the popularity of refrigerators, cold drinks have become a fashion and it is easier to make. Drinking cold drinks with a straw is not only convenient, but also enhances the taste-drinking with a straw, the liquid stays in the mouth for a longer time, and the time to feel the cold feeling It lasts longer than drinking with the mouth,

However, after more than half a century of popularization, the problem of plastic straws has gradually emerged. According to estimates by the U.S. Environmental Protection Organization, Americans use nearly 500 million plastic straws every day. The California Coastal Commission pointed out that from 1988 to 2016, straws became the sixth most common garbage on beaches. These straws cannot be biodegraded and cause great harm to nature.

Last year there was a sea turtle off the coast of the United States, and its nose was found to be blocked by a plastic straw. When the animal lover pulled it out, the turtle bleeds in pain, struggles constantly, and makes a faint cry. The short film went viral on the Internet, and many people were shocked that a plastic straw was so harmful, and it caused widespread concern. The environmental organization The Last Plastic Straw urged the public to reduce the use of plastic straws, and the Berkeley City Government of California even formally discussed the issue of banning the use of plastic straws.

The harm of plastic straws has also caused great repercussions in the catering industry. In recent years, more and more restaurants or large catering groups have responded to the No Straw Campaign. In July, Starbucks in the United States planned to ban disposable plastic straws in the world within two years, instead using alternative materials to make straws, or directly adding a cup lid design to replace straws.

Recently, straws made of various new materials have appeared, such as bamboo straws 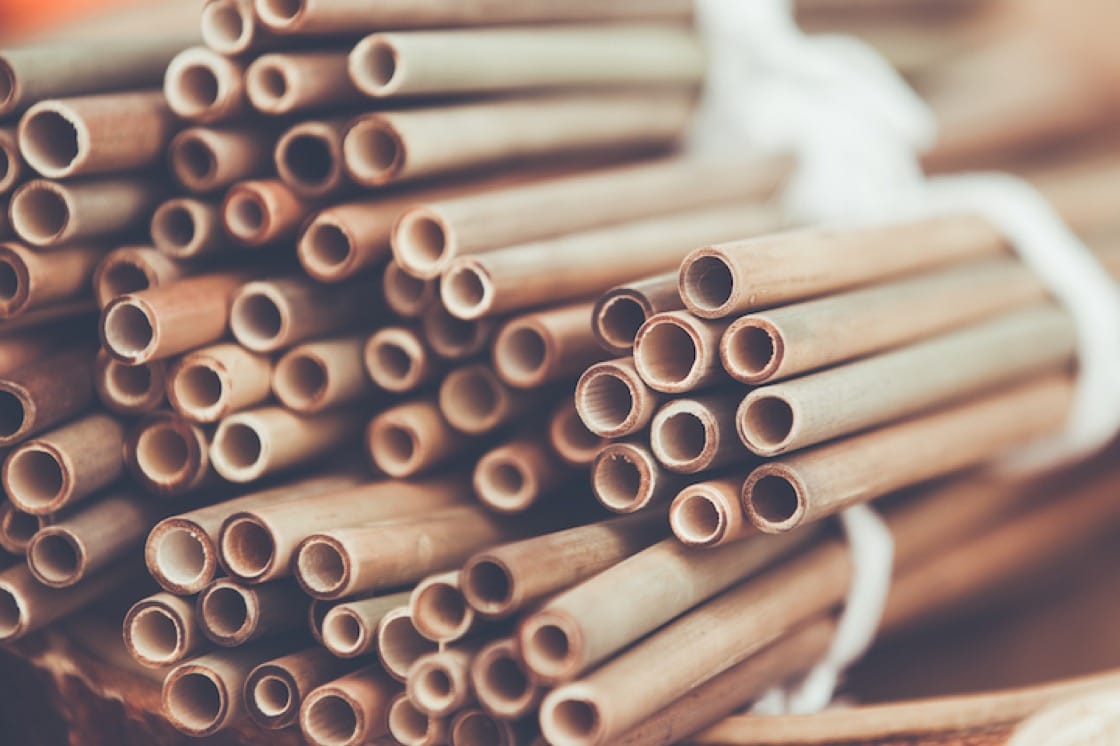 Some foreign food and beverage companies try to make straws with new materials. For example, Brush With Bamboo uses bamboo to make straws. Strawesome in the United States produces glass straws. Some people extract a biopolymer called Ingeo from corn to make straws.

Some restaurants go back to the basics and choose paper straws. This campaign was initiated by CNN founder Ted Turner and his business partner George McKerrow, hoping to return the paper straw craze.

After several twists and turns, the two found a paper straw factory that had ceased production, and promised to purchase its products at a high price to make the factory willing to continue to operate; after that, the steakhouse Ted's Montana Grill under their name more fully adopted paper straws, hoping to take the lead . In mid-June, McDonald's in the UK also announced that in 2019, the UK and Ireland will replace plastic straws with paper straws.

As the Environmental Protection Agency announced at the beginning of the year that starting from July 1 next year, public departments, public and private schools, department stores, shopping malls, and fast-food chain stores will no longer provide disposable plastic straws for internal customers. Taiwan also Initiated a wave of "new straw movement."

The industry uses creativity and seeks inspiration from various materials. In addition to the return of paper straws, there were many supporters of stainless steel or glass straws. Now there are young people who have created "100% planting" and made sugarcane fiber straws from bagasse, hoping to balance environmental friendliness and convenience.